So it’s the year of the Fire Rooster… 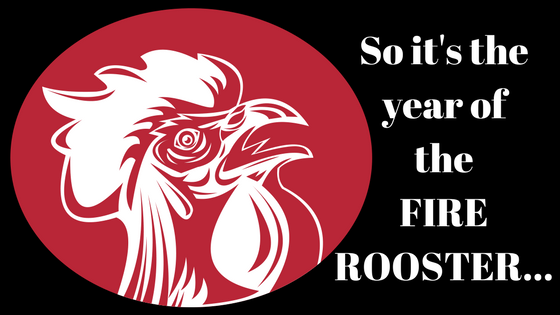 …and we had a eclipse and it’s Valentine’s day week…lots going on cosmically these days (and  I’m not even touching current events and politics).  I have been entertained and intrigued by it all….but back to the fire rooster.

What does that even mean?

We just left the year of the monkey, which tends to represent heavy challenges and carry with it chaos and panic.  A year full of lessons and learning.  Anyone besides me get a dose of all of that last year? It feels like that played out in my space but also globally and politically.  I have been happy to usher in a New Year and a new animal and whatever comes with it.

According to Chinese Tradition the Year of the Fire Rooster brings strong presence and fearless action that brings about change.  The Rooster is often compared to Don Quixote, ready to take on any challenge that comes along with a notable strut of confidence and a progressive attitude that is impossible to beat.

This year is perfect for those who strive to reach the ultimate level of life, mentally physically and financially, but perhaps not so good for those who favor being lazy or living the live of a couch potato.

It also boasts inspiration to get up earlier in order to take advantage of all the amazing energy this year will bring to achieve.

Some of you are asking…Jenn, really?  You believe in this stuff?   I’m no astrological expert by any means but I do follow at more than a ‘back of a magazine horoscope’ level and I can’t ignore the synchronicities.

I have found more than an occasional coincidence and also a deeper understanding of my self at a core level between both Chinese astrology and that which we see as the more common place: “What’s your sign?’. I have had a personal astrological chart mapped and you can’t deny it describes me at a freakishly accurate level…nor can I deny some other predicited happenings, but those are stories for other days.

Looking back at the year of the Monkey, described as above, can you deny the world reflected that message between the craziness of world events and politics no matter what party you affiliate with or who you voted for?

I for one am all about ushering in  a new year and all the blessings it brings and harnessing the power of the Fire Rooster.  I know I plan on showing up bigger and bolder.  Will you join me?  How will you show up and capitalize on the New Year?  If you aren’t already following find me on Facebook here and join the conversation and even better complete your Balance Assessment Toolkit and send it in and we can work on it together.

…as for the becoming a morning person thing… probably not so much.  I don’t think the astrological powers of the fire rooster will shift me into favoring 6 am over midnight….but never say never. 🙂  I will keep you posted on that.

Cheers until next week… 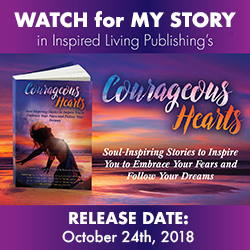 Watch for My Story in the Courageous Hearts E-book